Gorwydd Caerphilly is an unpasteurised cow’s milk cheese made to a traditional farmhouse recipe. It is made by Todd and Maugan Trethowan and their team on Puxton Court Farm in Hewish, North Somerset. The cheese has not always been made in North Somerset, however. When Todd originally started to make it over twenty years ago, he converted old farm buildings on the family hill farm in West Wales, and it is there that the business began to grow.

Five years ago, it became clear that the business had outgrown the small dairy at Gorwydd Farm, and they decided that if they were to continue to make cheese, as they really wanted to do, then finding a site for the new dairy would be purely about where they could find a really fantastic milk supply.

North Somerset was chosen as the ideal location. The region has a strong tradition of cheesemaking, including such renowned names as Keen’s, Montgomery and Westcombe, and though often thought to be a Welsh cheese, Caerphilly has historically been made throughout the West Country. With a quicker maturing time than cheddar (anything from a few days to a couple of months), it was common for cheddar makers to make Caerphilly in order to aid cash flow. This was especially true during the post-war period.

After extensive investigations  talks began with the Mead family at Puxton Court Farm. They were keen to build a dairy right next door to their milking parlour and the barn where their 100-strong herd of Holsteins and Jerseys is housed. By August 2014 the brand new dairy had been built and was ready to move into. It required a huge amount of effort on the part of everyone involved.

Five years on the dairy has steadily grown and has recently introduced a new traditional, cloth-bound West Country cheddar called Pitchfork.This was all made possible with the help of EU funding via the LEADER Rural Development Programme to help buy equipment and build the new cheddar store in the barn adjoining the dairy. It’s been a long time since a new cheddar of this type came on the market but this fledgling has already won an award at the 2018 International  Cheese Awards, Nantwich.

Trethowan’s Dairy proudly to supplies Waitrose, many wholesalers, outlets up and down the UK, online and further afield it’s exported to Europe, the USA, Canada, the Far East and even as far away as New Zealand. 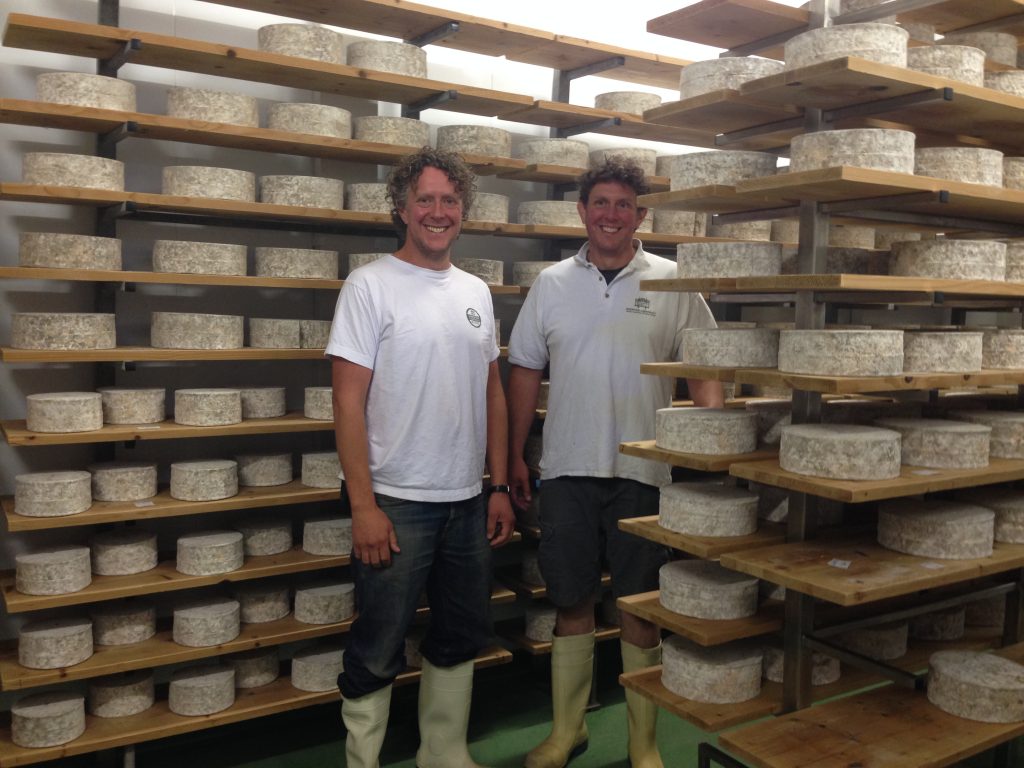