Smurfit Kappa is one of the leading producers of paper-based packaging in the world with over 41,000 employees across 32 countries and a sales revenue of €7.3 billion in 2012.

Smurfit Kappa is an integrated producer, with its packaging plants sourcing the major part of its raw material requirements from their own paper mills. In turn, the sourcing of recovered fibre and wood for the mills is managed through a combination of the companies own recycling and forestry operations and purchases from third parties.

Smurfit Kappa mainly produces corrugated packaging, with operations that also include a strong network of containerboard mills. As the market leader in both sectors, Smurfit Kappa is strongly focused on the needs of customers, with a market-driven approach aimed at optimising the value of its packaging. In addition to corrugated and containerboard, the company has leading positions in several other market segments, including solid board packaging and graphic board.

Investment in the South West

Smurfit Kappa has invested significantly in its manufacturing operations throughout the South West, including a major investment in a six-colour flexographic, rotary die-cut press, supported by an enhanced material handling system and corrugator upgrades.

This investment is part of the company’s continuing development of its High-Quality Post Print (HQPP) service at its British Retail Consortium (BRC) and American Institute of Bakers (AIB) certified sites. Supplying a wide range of regional customers in the South of England, as well as major national brands and Pan-European customers.

Smurfit Kappa’s expertise, knowledge and innovation as leaders in the industry has been recognised by success across a significant number of independent industry awards. The company has achieved success winning gold EFIA awards in every year since 2007. As well as this, Smurfit Kappa is a frequent winner in both the prestigious UK Packaging and Starpack Awards whilst also running its own annual Design and Innovation awards that recognise home-grown talent. This consistently high level of success is testimony to the expertise, knowledge and innovation of its employees.

Smurfit Kappa have also received an award in 2013 for Best Business Advisor at the South West Young Enterprise Awards. The award was following the businesses support of the 2012/2013 programme at Broadoak School.

Smurfit Kappa and the Community

Smurfit Kappa UK is proud of its commitment to the wider community and reinforced its commitment nationally to corporate social responsibility and the community by undertaking membership of Business In the Community (BITC) in 2012. In the South West, Smurfit Kappa Weston-super-Mare has teamed up with the charity run Foodbank programme, providing branded boxes to package donations collected locally and distributed to families in crisis in the surrounding community.

Smurfit Kappa takes a strong interest in encouraging new businesses in the North Somerset community, and in 2012 supported an environmental start up business called RE:Potted. Run by two entrepreneurs, Andrew and Terry, with the support of Mencap Employment Service and South Gloucestershire Council’s Learning Disabilities Fund RE:potted is a Plant Pot Plant Recycling business supported by Smurfit Kappa who donated a supply of FSC certified cartons made from recycled paper.

In the same year, the first Smurfit Kappa charity bike ride involving a team of over 200 Smurfit Kappa employees raised a total of £25,000 for Cancer Research UK and Tommy’s, a charity which funds research into complex pregnancy issues, cycling in a relay, 12 hours a day, over 25 days, covering 2012 miles around all 35 Smurfit Kappa UK sites beginning and finishing in the South West.

Simon Downward, General Manager at Smurfit Kappa South, “The North Somerset area is an ideal location for our business; our workforce has a high-level of natural ability, and when relocating staff from elsewhere in Europe, North Somerset’s high standard of living, preferential climate, natural beauty and good transport links all make it an easy proposition to sell”. 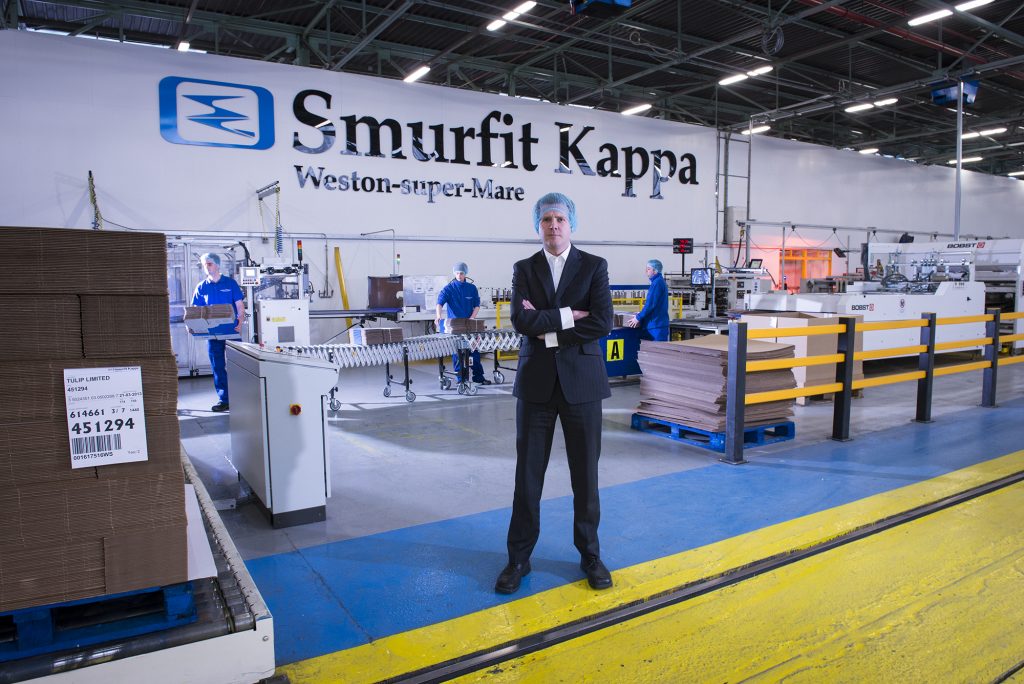